Condition: Some creases and change of colour natural with age; otherwise, good condition

Provenance: From the collection of Wai-Kam Ho

The subject of an eagle on a pine tree recurs often in the history of Chinese paintings. A solitary eagle represents the independent spirit of the hero, while the pine tree represents longevity. These are also often painted using the same kind of composition used by Li Hongzhu. This includes the branches of a pine tree going diagonally across the painting with the eagle standing in the middle but portrayed by different artists looking in different directions. There is a combination of a very detailed way of painting given to the bird, noticeable in particular in the feathers and the face, the latter looking defiantly at the observer. In contrast, the pine tree shows a loose use of the brush, particularly for the needles. The blue and green colours are like splashes and contrast vividly with other colours in the painting. An example of a similar composition with very small touches of blue in the pine needles can be seen in Eagle on Pine (Qing dynasty, anonymous) in the collection of Mark Pratt, Washington, DC. The same technical composition is the preferred one by Chen Suren, from L\'Ecole de Lignan, as in his portrayal of a bird of prey in Clair Automne (1928). Similarly, Wu Zuoren also depicts an eagle exuding great strength in Ten thousand green mountains (1982) and Qi Baishi also does a beautiful rendering of Eagle on a Pine Tree (1940). Even Europeans working as court artists chose the same subject, as is the case of Castiglione, who painted Auspicious objects (1724) (at the Palace Museum, Beijing) to celebrate the Yongzheng emperor\'s birthday. The painting depicts a white eagle on a pine tree branch, and a mushroom-like plant, lingzhi. Such inspiration from previous painters is not considered to give less importance to a painting. On the contrary, imitating previous masters is considered an honour.

Little is known about Li Hongzhu. However, the artistic quality of Li Hongzhu\'s Eagle admiration did not go unnoticed by Wai-Kam Ho, art historian, connoisseur and museum curator (Singapore). His knowledge on Chinese art, and on paintings specifically, was well recognized by also high US authorities on Chinese art, such James Cahill (curator at the Metropolitan Museum of Art, Chinese Department). 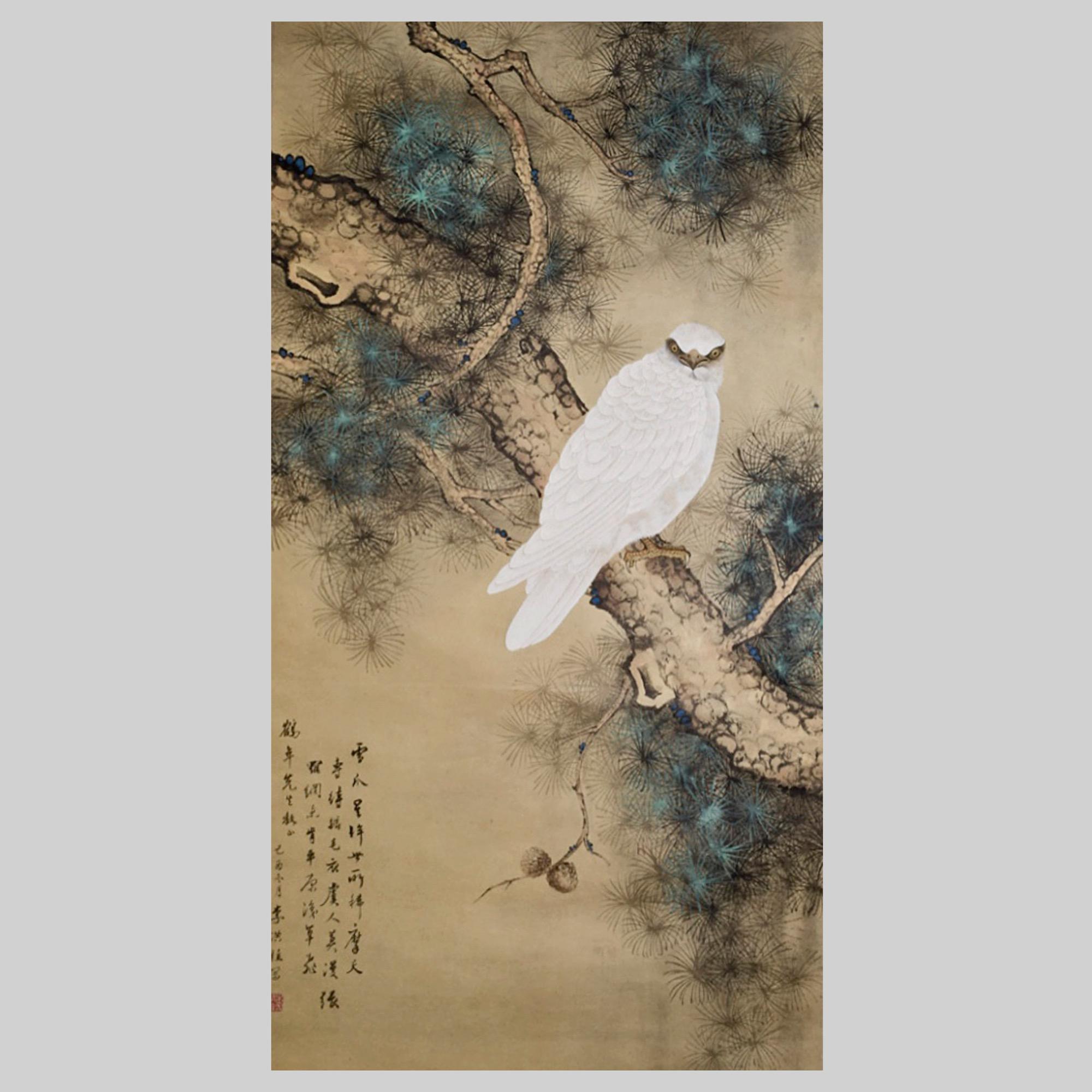 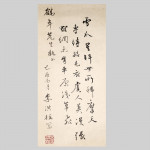 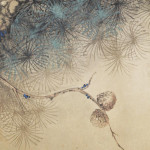 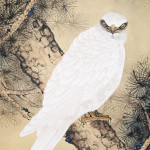