Zou Daya/Zou Ya was from the Jiangsu province. He was active as a wood engraver in Shanghai in the 1930s/1940s, after which time he took up guohua*, influenced by Huang Binhong and Li Keran. He was a member of the Beijing Academy of Painting and became known for both his powerful woodcuts of workers, including miners, and for his work with ink and colour on paper. He died in Shanxi in a mining accident. A memorial exhibition of his woodcuts was held in 1980 in the National Art Gallery, Beijing, while The Collected Paintings of Zou Ya was published in Beijing in 1982 by Jiang Feng and Shao Yu.

This painting is a reflection of Zou\'s gouhua style, clearly influenced by his woodcut works. Soft washes of ink and colour have been used appropriately for the distant landscape in the background, while well-defined black ink lines are used to draw the boat, the trees and the village in the foreground. These black lines together with the use of, again, strong black ink for shadowy areas give the foreground of the painting some resemblance to a woodcut engraving. The end result is a traditional Chinese landscape painted in a free, 20th century modern style.

*The term guohua derives from the Japanese kokuga, which comprises the characters for nation and painting. Guohua refers to traditional painting in ink (and colour) on either paper or silk. Together with that traditional element, artists show a certain amount of freedom in their painting techniques, as evidenced in the different styles that developed during the 20th century. 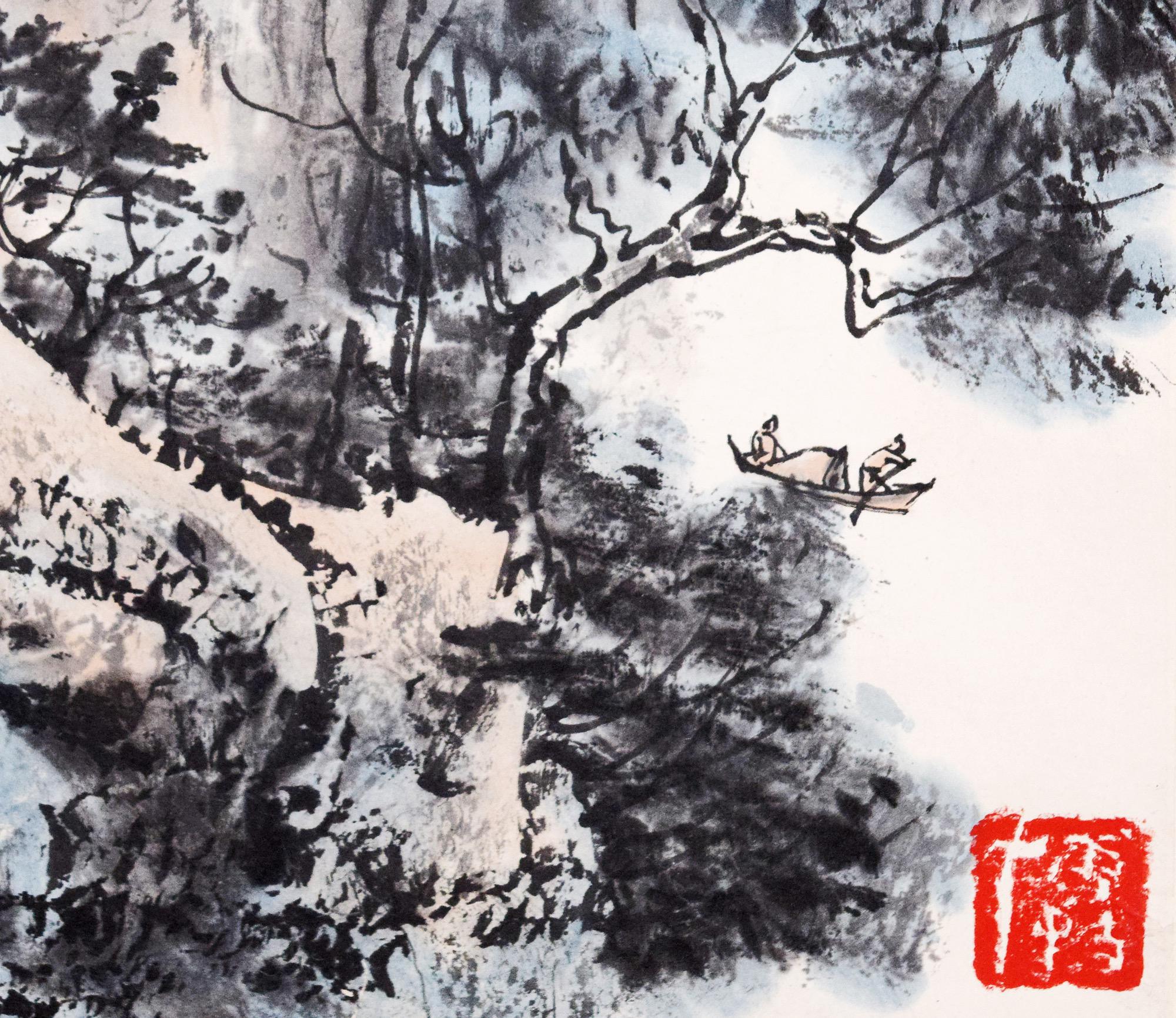